VXX is fixed and ready for Options Trading again

In the beginning, there was VXX...

There are currently dozens of Volatility products on the market with a wide range of methodology, market bias, and leverage factors, and no doubt dozens more will be launched in the future.  However, the current landscape which is now 13 years in development did need an initial spark to set things in motion.

The VXX is the longest running and most successful volatility ETP of the bunch.  Long-term it has had the largest volume and the most robust Options market.  Launched on January 29th, 2009, it's the original gangster of the volatility space. 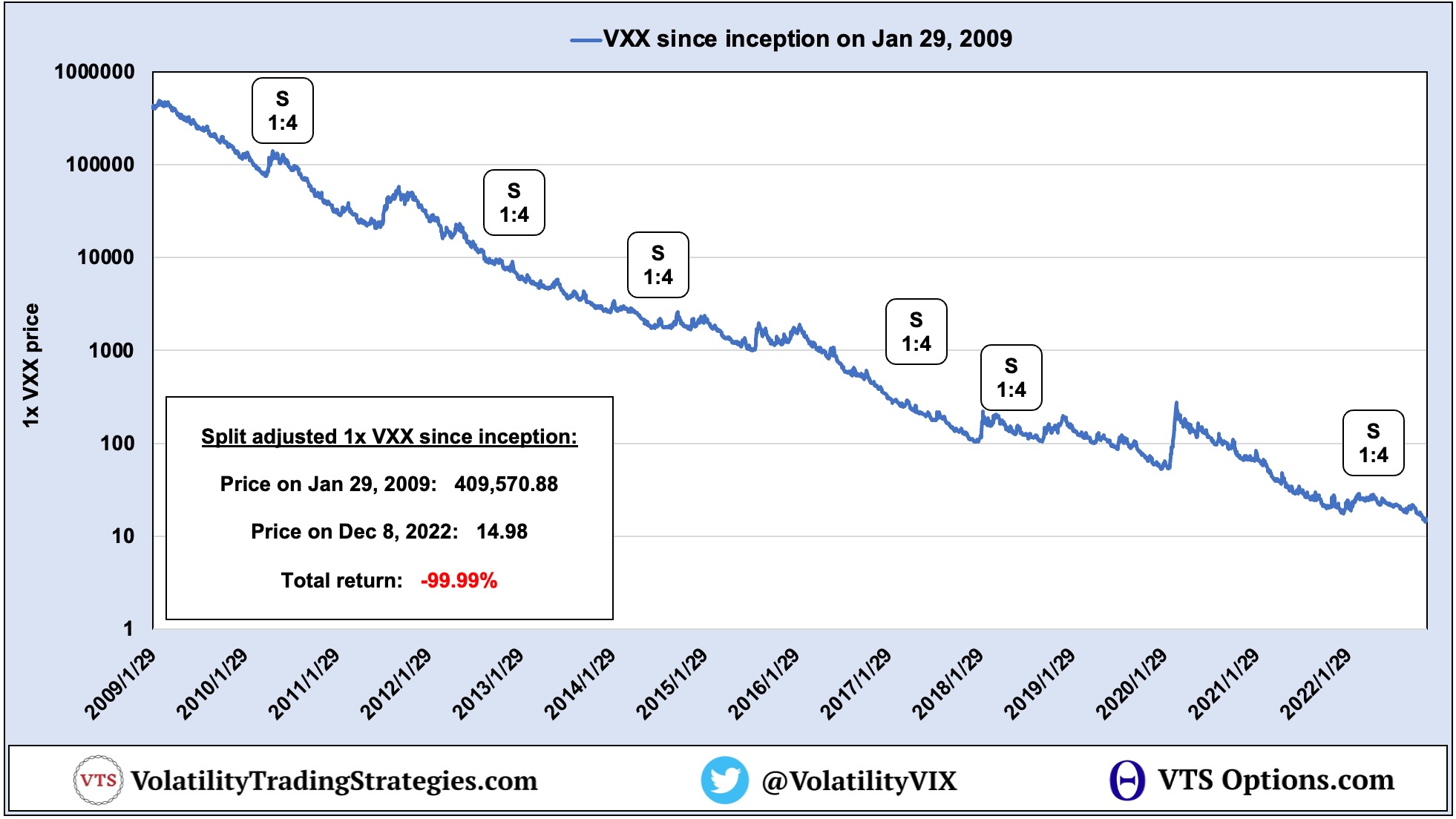 Ease of trading is a blessing and a curse

Before VXX launched, if people wanted to make bets on Volatility it actually did require a little more sophistication.  VIX Options, VIX futures, and S&P 500 Options were the vehicle of choice for most Volatility traders.  With the launch of the ETF though it meant "Volatility" could be bought or sold just like a regular stock.

One could argue this makes investing easier, but another argument could be made that it makes it a whole lot more dangerous.

I would say my flag is planted firmly in the latter camp.  Opening up volatility trading to anybody with a basic brokerage account just means thousands of investors who likely couldn't define what the VIX or VIX futures are, now make regular bets on those markets with ease.

That seems like a recipe for disaster to me which is why I've spent thousands of hours in the last decade writing articles, making videos, doing livestreams, and educating the public on both the dangers and opportunities of this complex volatility landscape.  There's plenty of both depending on how serious the investor takes it.

Obviously this is a little self serving to say but it is the truth, I would much prefer people to follow the signals of someone like me who's spent 17 years trading Options and Volatility, rather than try to go it alone on limited information.  Most people would be better off just trusting my analysis and judgement.  For those that want to dive in deeper and eventually take the reins themselves though, I will continue the education to teach you everything you need to know to succeed in this complex volatility space.

If you want to check out the original video where I explained why the VXX was broken in the first place, and why we had to take a break from trading it, it's here below.

There's a lot of useful information about how Volatility ETPs work in the video as well.  Even though it's fixed now, that video is definitely worth watching for the general education.

Original video:  Don't Trade VXX Until You Watch This 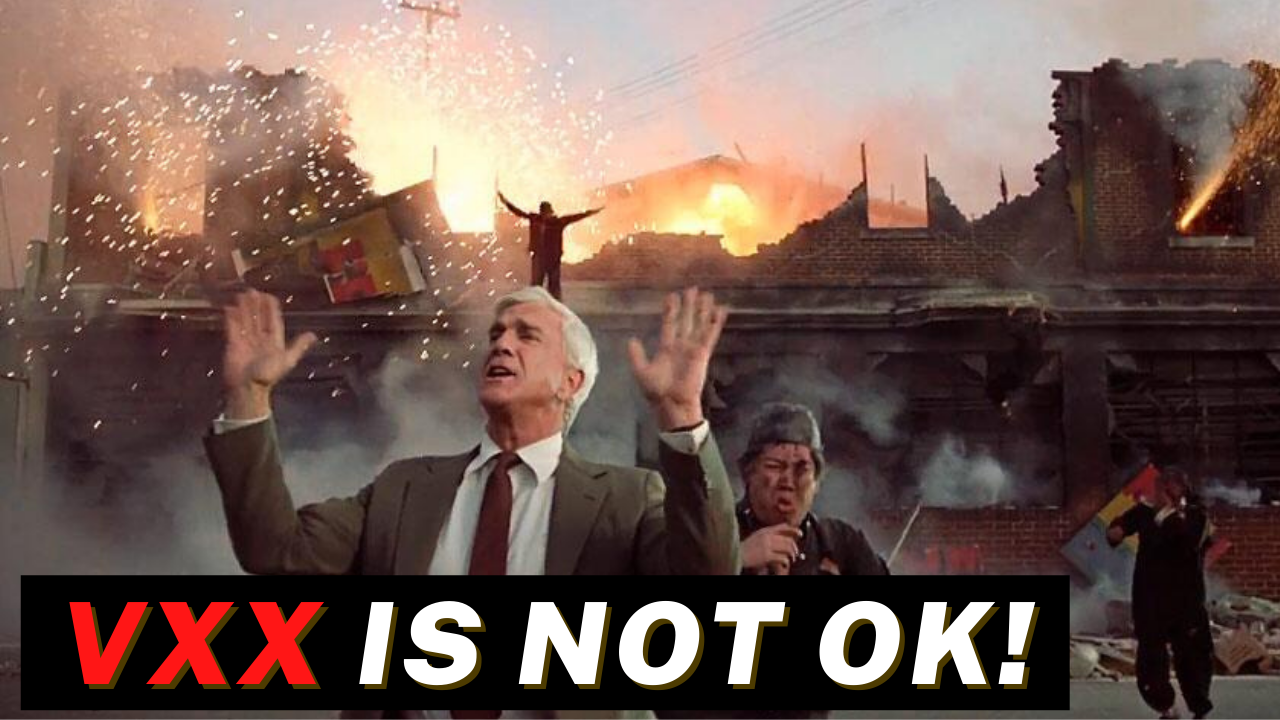 How do we know it's fixed?

The main issue that broke the ETP in the first place was that the issuing bank, Barclay's, halted the share creation / redemption mechanism that is required for it to properly track its underlying index.

Without going too far in the weeds here, volatility ETPs don't derive their value based on regular supply and demand dynamics of the ETP itself.  These aren't regular stocks or ETFs.  Instead, they track underlying indexes  (SPVIXSTR for VXX)  and the NAV price of the ETP is directly linked to those underlying VIX futures.  If there's any deviation from what's called the intraday indicative value, then Authorized Participants can utilize the share creation / redemption process and quickly bring the price back in line with that indicative value.

I know it sounds complicated and many people think it's shady and manipulative but just trust me on this one, it's completely normal and above board.  The Volatility ETPs "almost always" function exactly as they are designed.

The problem VXX suffered was a very rare outlier situation where they made an internal error that ended up causing a lot of problems.  It was a people problem at Barclay's, nothing to do with the volatility space in general or outside manipulation.  Needless to say, it's fixed now.

We know it's fixed because we can compare the NAV value with the Intraday Indicative value  (IV)  and they should closely match.

In your charting software you can type in VXX-VXX.IV

* Side note, you can use this ETF-ETF.IV format to see how well other ETFs are tracking their IV 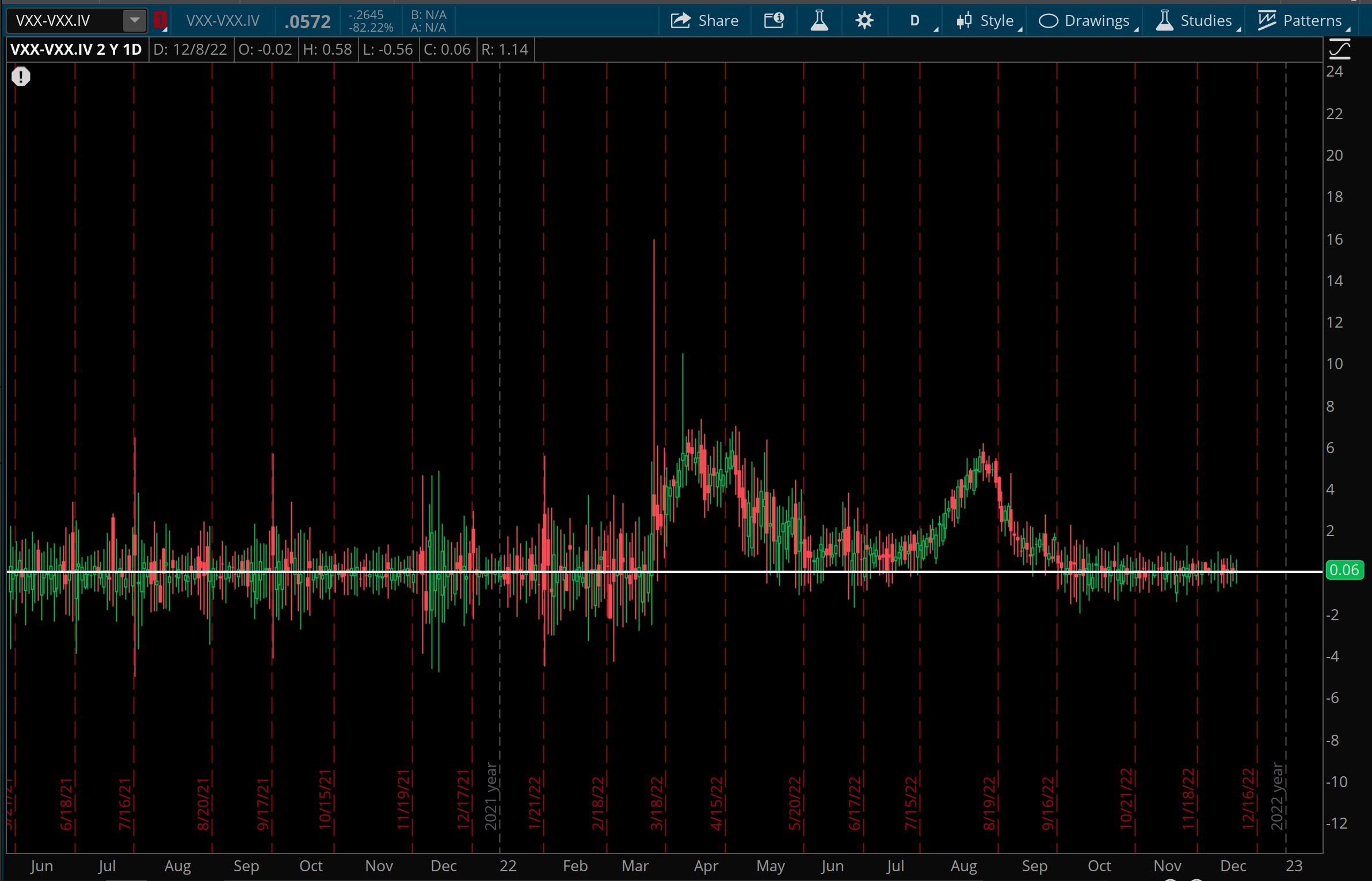 Notice how for a year prior to March 2022 it was tracking along the white line?  That's an indication of a normally functioning ETP when the NAV is bouncing around the 0 line of the Indicative Value.

* I know it looks like it's deviating pretty high and low from the zero line but those are just bad prints because of the charting software.  The VXX actually tracks the IV within pennies.  From a practical trading perspective, the VXX NAV = IV

In March 2022 you can see a serious break where the NAV went significantly higher than the IV.  It took them several months to work through and file all the proper paperwork, but the share creation process has resumed and for the last few months it is once again functioning properly.  Again, a little technical here but trust me, it's fixed.

The VXX Options market is robust again as well

During most of the period where the VXX decoupled from its indicative value, naturally the Options trading volume dropped off a cliff too.  There's no reason to be trading something that isn't functioning correctly.

One of the reasons we love trading volatility ETPs so much is the quantifiable nature and how they track an underlying index that we can make reasonable forward price estimates on.  Without that mechanism tracking correctly though there's no edge in trading it.  It's just guessing at that point so it was no surprise to see people largely stop trading it.

In the last few months, VXX Options volume is ramping back up.

Here's the 7-day Options open interest on VXX as of today:

Here's the 42-day Options open interest on VXX as of today:

It's understandable that it isn't quite back to the previous levels before this mess, but that's actually very robust and there won't be any issues with getting accurate entry and exit fill prices.

Most importantly though, the VXX itself is once again tracking its indicative value and I see no reason why we can't just resume VXX trading as we always have since January 2009.

All we as traders need is a level playing field where the products themselves are transparent and functioning as intended.  From there, we apply our knowledge and expertise to profit from the complicated but potentially lucrative Volatility space.

It's definitely a black eye on Barclays and it is certainly possible VXX never fully returns to its former glory as the volatility space leader.  New products like SVIX and UVIX have launched, and a lot of that previous VXX volume did shift over to UVXY, VIXY, SVXY.  It's also not a guarantee that Barclay's will even want to keep VXX going indefinitely.  Although it may appear from the outside to be a cash cow, there are reasons it may not make nearly as much money for them as people might think.  It may actually be nearly as large a pain in the ass to manage than the revenue it generates would make worthwhile.  We'll keep a close eye on it going forward.

Since all of our VXX trading is through defined risk Option spreads, there's no reason VXX can't be added to the list of potential targets when we have trades to take.  Butterfly Options, Iron Condors, Calendars, Verticals, any of the usual suspects of defined risk spreads we trade here at VTS are fine to initiate.

As I've been consistently saying for well over a decade now, we don't roll the dice with risky or undefined positions with Volatility products.  As the "goodie two shoes" of the Volatility space, if I with my conservative investing approach say VXX is safe to trade now, that likely means it also clears the bar of nearly every investors risk tolerance as well.

The VTS Volatility Trend Strategy will consider VXX fixed and potentially be taking future trades on it starting now.